Come have a time and cap off the season with a shindig that savours simply the best in dining, entertainment and atmosphere! Featuring performances by In-Flight Safety!

Halifax, Nova Scotia is a coastal city – a Canadian indie music hub since the 1990’s, nestled among ragged shorelines of the Atlantic Ocean. From this home base, In-Flight Safety has been crafting thoughtful, melodic indie rock that’s made its way across North America and Europe.

There’s been a lot of praise and accolades over the years, from television placements to awards, but the band still had growing to do. From The Coast is Clear (2006) to We Are an Empire, My Dear (2009), In-Flight Safety was building a solid fan-base in North America, the UK and Germany. Whether it was a performance on BBC Radio in London or a SXSW showcase, the band was outwardly focused during those years, playing copious shows and making new music for their fans. 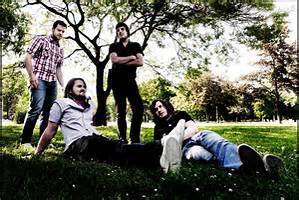