FM Berlin – Recipients of the 2018 Music New Brunswick Rock Artist of The Year award, FM Berlin is a four-piece Alternative East Coast Rock band that sounds like The Police and The Strokes made a baby….in space. A bold claim which they own with sing-a-long swagger.

The Backstays – The Backstays are a roots-infused indie rock band that formed in Saint John in early 2018. The band— made up of Saint John musicians Pete Johnston, Keith Whipple, Serenna Chapman, Derek Hilchie and Lorne Kirkpatrick— released their debut EP in August 2018. 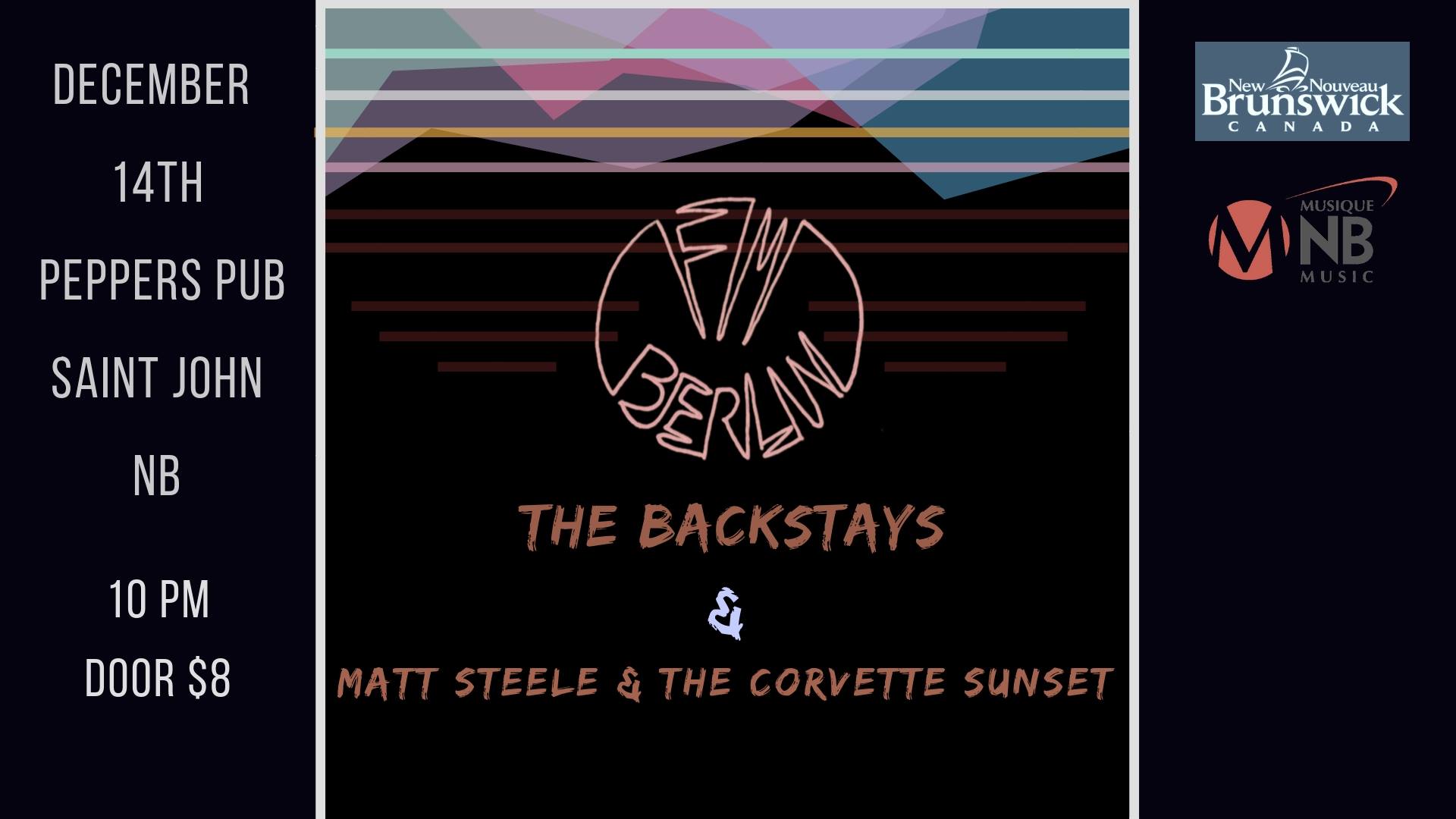