JERRY LEGER
At heart, Canadian singer-songwriter Jerry Leger is driven by a quest to convey in his own manner the purity embedded in the grooves of the vintage rock, country and blues recordings he so dearly loves. This trait attracted support from fellow singer/songwriters like Doug Paisley, Jim Lauderdale, Ron Sexsmith and his staunchest ally, producer and label head Michael Timmins of Cowboy Junkies, who signed Jerry to his label, Latent Recordings in 2013. He has been called “one of the best Canadian songwriters”by Rolling Stone “one of Canada’s best” by Exclaim! and a “gifted storyteller” by The Toronto Star. His latest release, the Polaris listed ‘Nonsense and Heartache’ is a 2-record set showcasing the two major musical sides of him. The idea was spearheaded by Timmins with ‘Nonsense’ displaying Leger’s rock ‘n’ roll and bluesy grit while ‘Heartache’ is a more folk-roots-melodic expression.
http://www.jerryleger.com/
https://www.youtube.com/watch?v=_U_L_DcSUpc

GRAHAM NICHOLAS
On Dial Tones and Pretty Notes, his latest full- length album, Nicholas has created an emotionally resonant world inhabited by troubled and love-hungry characters. Never alienated for their insecurities, his characters are instead respected by the empathetic voice of an honest songwriter. The album finds Nicholas honing in on his concise form of storytelling and refining his irreverent sense of humor. Coupling the narratives with a backing band that harkens back to the likes of The Heartbreakers, The Travelling Wilburys, and The Byrds, Nicholas’ songs have found the right balance of warmth and grit. Not only has Graham Nicholas maintained an extensive and country crossing touring schedule, he has also shared the stage with the like of Ron Hynes, Catherine Maclellan, Old man Luedecke, Del Barber and Daniel Romano.
http://www.grahamnicholas.ca/
https://www.youtube.com/watch?v=UljZySj9Y3s 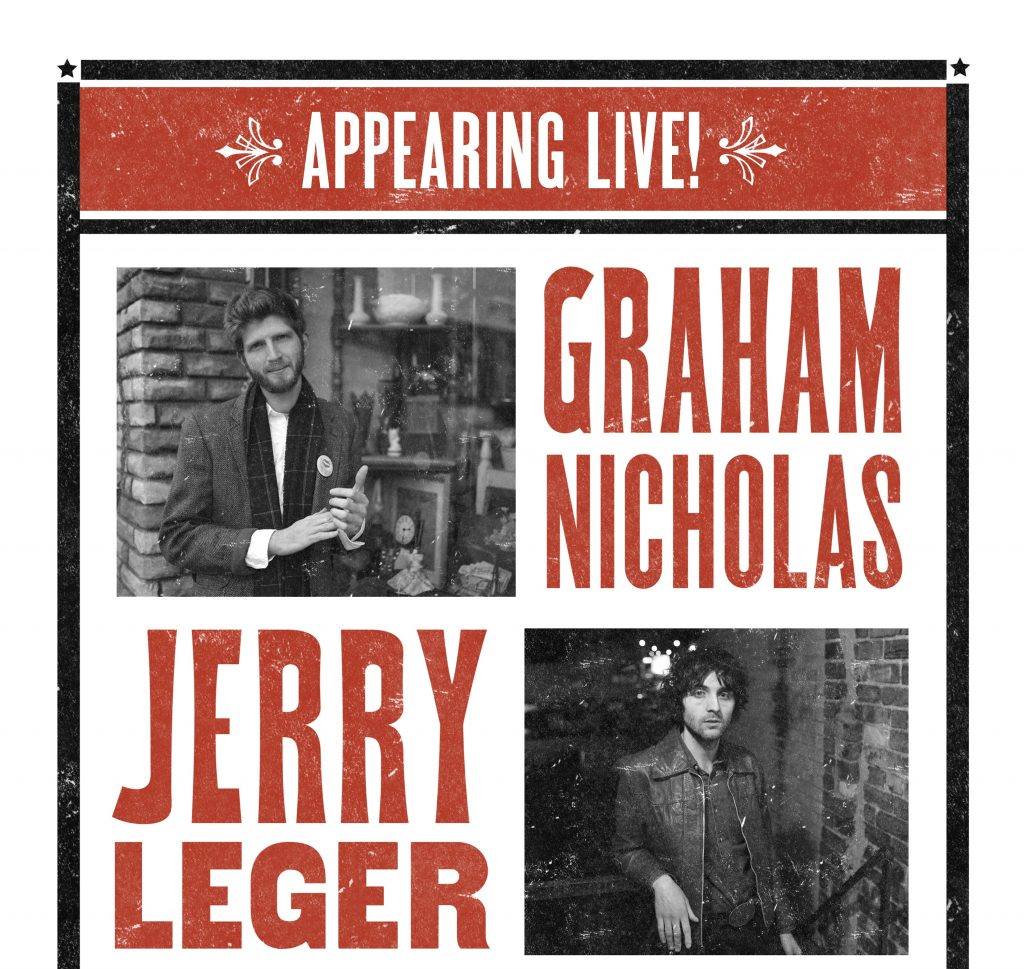